Everything depends on Your Design

Don't waste your time and investments. Do not create a product or company profile - that no one wants. Keep It Simple, care for your current customers and users, while gaining new ones faster. A “sticky” client or user is far more profitable in the long run, hunting for new ones because users leave your service or product is very expensive.

EXPLORE some of OUR WORK

Feel free to explore and stare at some of our creations - in life, you have to turn every stone in order to create something great.

“A mind is like a parachute. It doesn't work if it is not open.”
- Frank Zappa

"for discoveries of cells that constitute a positioning system in the brain." 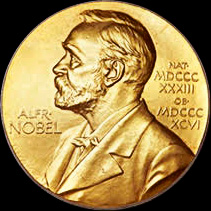 3D modeling/rendering/photo with Billybonkers for the Norwegian Ministry of Health. Winner of Norwegian Creative Foundation of Agencies

Bama is Norway's leading company in fruit and vegetables. With suppliers on all continents, Bama probably has a larger contact area than any other Norwegian company. All year round Bama ensures that products from all over the world reach all of their customers in Norway.

We have created software user interface and logics for some of the biggest successes in Norway and will continue to do so.

Design and user interface by Pål Syvertsen for 10 years. From 2.5 to 85 million users per day.

"Opera web browser differentiates itself because of a distinct user interface  and other features."
- Wikipedia.com

Design and user interface by Pål Syvertsen for over 7.5 years and a base for future development. Winner of "best-in-test" over 6 years in Norway.

"The Get box is a formidable product with a user-friendliness and functional wealth that far surpasses its competitors."
- From norwegian tek.no

"State of the art design,  information - always updated, sponsor flexebility - a platform for the future" - Flytoget.no

APPSCARD provides the World's first "Government Grade Biometric Computer on Card". Integrated in an ISO-standard smart card format with a large and physically flexible fingerprint sensor designed for use throughout entire populations. A complete local ID-system that does not compromise security or user privacy and works conveniently and securely for very close to 100% of any given population.  We created the logo, profile and site, APPSCARD will be a massive player in world global ID.

Featured in the Art book: The masters of pixel art - volume 2

"Some of the best pixel art work ever created on the Commodore 64 and other retro 8-bit platforms like the Amstrad CPC, ZX Spectrum, Atari XL-XE, Commodore Plus/4 and MSX."

The demoscene are now recognized by UNESCO as intangible cultural heritage in several European countries. Finland was first, then followed by Germany.

It is the first time that a digital culture is listed as UNESCO intangible world cultural heritage, anywhere, ever.

From the The Finnish Heritage Agency:
“The Demoscene is an international community focused on demos, programming, graphics and sound creatively real-time audiovisual performances. It produces many other things digital content: small demos , music, graphics, videos, floppy disks, and games. These works are distributed free of charge, initially on floppy disks and later on various online services. Since the 1980s the community that has grown up to now consists of hundreds of different demo groups all over Finland, each with members to a few dozen. The groups meet at various events throughout the year. Subculture is an empowering and important part of identity for its members.”